London, 1591. Nicholas Shelby, physician and reluctant spy, returns to his old haunts on London’s lawless Bankside. But, when the queen’s spymaster Robert Cecil asks him to investigate the dubious practices of a mysterious doctor from Switzerland, Nicholas is soon embroiled in a conspiracy that threatens not just the life of an innocent young patient, but the overthrow of Queen Elizabeth herself. With fellow healer and mistress of the Jackdaw tavern, Bianca Merton, again at his side, Nicholas is drawn into a dangerous world of zealots, charlatans and fanatics. As their own lives become increasingly at risk, they find themselves confronting the greatest treason of all: the spectre of a bloody war between the faiths.

Be the first to review “Serpent’s Mark” Cancel reply

Want of Kindness: A Novel of Queen Anne

Wars of the Roses: Bloodline: Book 3 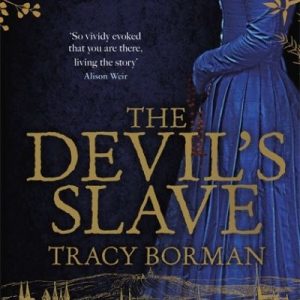 Devil’s Slave: the highly-anticipated sequel to The King’s Witch