Set over four days against the backdrop of the Munich Conference of September 1938, this book follows the fortunes of two men who were friends at Oxford together in the 1920s. Hugh Legat is a rising star of the British diplomatic service, serving in 10 Downing Street as a private secretary to the Prime Minister, Neville Chamberlain. Paul von Hartmann is on the staff of the German Foreign Office – and secretly a member of the anti-Hitler resistance. They have not been in contact for more than a decade. But when Hugh flies with Chamberlain from London to Munich, and Paul travels on Hitler’s train overnight from Berlin, their paths are set on a collision course – with dramatic results.

Hitler is determined to start a war. Chamberlain is desperate to preserve the peace.

They will meet in a city which forever afterwards will be notorious for what is about to take place.

As Chamberlain’s plane judders over the channel and the Fuhrer’s train steams south, two young men travel with their leaders. Former friends from a more peaceful time, they are now on opposing sides.

As Britain’s darkest hour approaches, the fate of millions could depend on them – and the secrets they’re hiding.

Midnight At the Bright Ideas Bookstore 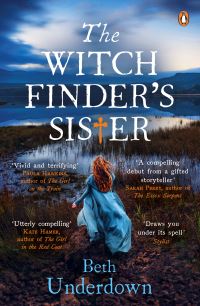 The Long Arm of the Law