The Minds of Billy Milligan

Billy Milligan was a man tormented by 24 distinct personalities battling for supremacy over his body – a battle that culminated when he awoke in jail, arrested for the kidnap and rape of three women. In a landmark trial, Billy was acquitted of his crimes by reason of insanity caused by multiple personality disorder – the first such court decision in history. Among the 24 are: Philip, a petty criminal; Kevin, who dealt drugs; April, whose only ambition was to kill Billy’s stepfather; Adalana, the shy, affection-starved lesbian who ‘used’ Billy’s body in the rapes that led to his arrest; David, the eight-year-old ‘keeper of the pain’; and the Teacher, the sum of all Billy’s alter egos fused into one. In this book, Daniel Keyes brings to light the most remarkable and harrowing case of multiple personality ever recorded.

What My Mother and I Don’t Talk About: Fifteen Writers Break the Silence

Why We Hate Cheap Things and Other Money-Related Essays

Virginia Woolf: Essays on the Self

School Of Life Self Knowledge 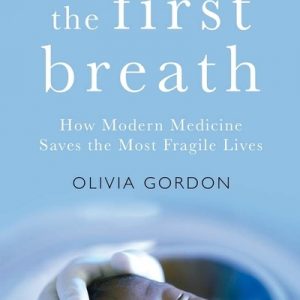 First Breath: How Modern Medicine Saves the Most Fragile Lives