Carl Louis Feldman is an old man who was once a celebrated photographer. That was before he was tried for the murder of a young woman and acquitted. Before his admission to a care home for dementia. Now his daughter has come to see him, to take him on a trip. Only she’s not his daughter and, if she has her way, he’s not coming back. Because Carl’s past has finally caught up with him. The young woman driving the car is convinced her passenger is guilty, and that he’s killed other young women. Including her sister Rachel. Now they’re following the trail of his photographs, his clues, his alleged crimes. To see if he remembers any of it. Confesses to any of it. To discover what really happened to Rachel. Has Carl truly forgotten what he did or is he just pretending?

Be the first to review “Paper Ghosts” Cancel reply

Jack the Ripper: Hand of a Woman, the

Ruin: ‘As moving as it is fast-paced’ Val McDermid 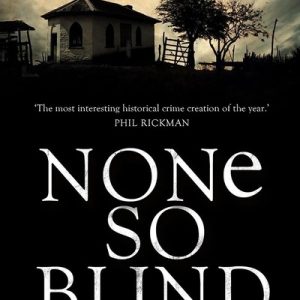 None So Blind: Teifi Valley Coroner

Midnight At The Bright Ideas Bookstore